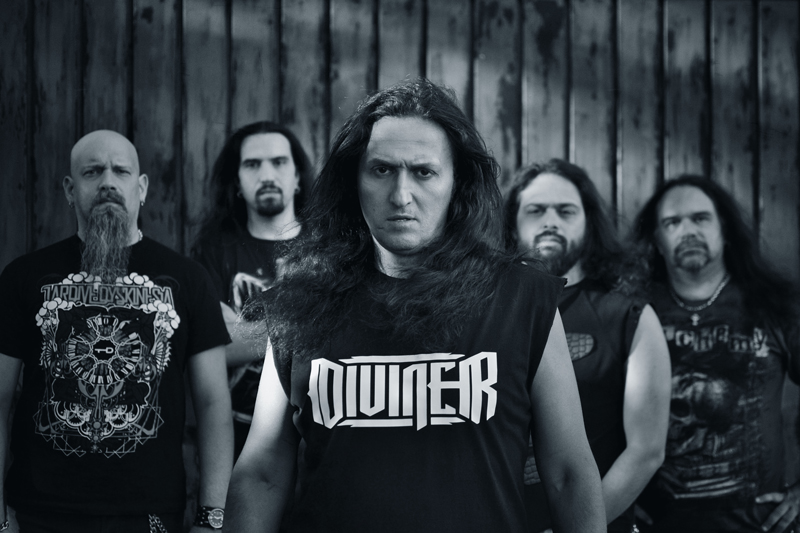 DIVINER is a heavy metal band from Greece founded by long-time friends and music partners Yiannis Papanikolaou (vocals) and Thimios Krikos (guitar) in the summer of 2011.
Their vision was to proudly express themselves by creating and playing something powerful, intense, deep, heavy, dark and inspired , that at the same time would sound up to date. All this without losing the elements that reflect the essence and the timeless magic of pure metal music.

With this in mind , they started writing songs and in a short period of time , some of their friends and well known musicians of the local metal scene , George Maroulees (guitar), Herc Booze (bass) and Fragiskos Samoilis (drums) joined them and the band took its final form.

DIVINER’s debut album “Fallen Empires” will be released on November 20th in Europe and North America on CD, LP and digital. The vinyl edition of “Fallen Empires” is strictly limited to 300 copies worldwide.

No shows booked at the moment.